Every first week-end of september, in order to celebrate the start of the mussels season, my whole town turns into a huge flea market.
The streets (most of them) are turned into "pedestrian only" streets, and whoever wants (or rather, whoever managed to sleep on the pavement from monday onward to keep the space for himself), can put on a stall and sale whatever takes his fancy.

Unlike the previous years, and unlike most of Lille's inhabitants, I didn't leave the city this year, I thought I might try to thrift some sewing notion .

I went there early, to avoid most of the crowd. But, it meant it was too early for waffle yet. 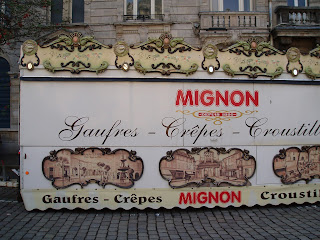 There certainly was no lack of sewing machines of any kind. 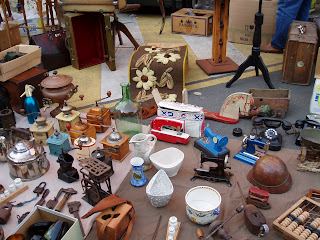 tiny ones with treadle : 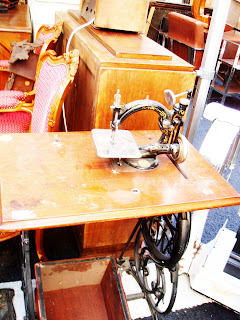 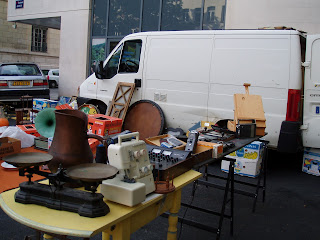 bigger ones and sergers too:

I didn't buy a sewing machine, I have one that I like already. I bought some buttons and lace, but mostly, enjoyed walking on the roads that were free of cars . 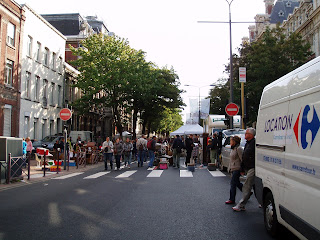 and taking a look at the junk for sale. 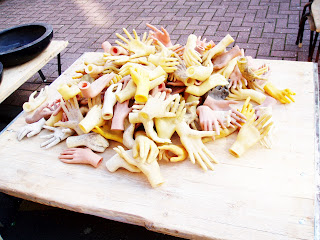 I really wonder who would buy plastic hands ? 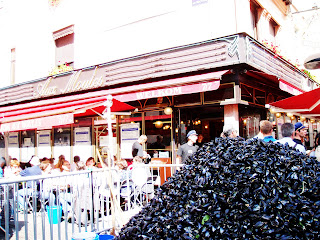 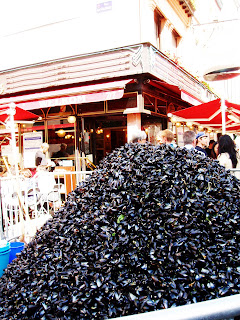 There are fences and a security guard guarding the mussels shells as some time people try to scuba dive in the shells and end up ruining the piles. This is all probably due to the fact that the braderie is also a beer feast.

Here's was I bought: 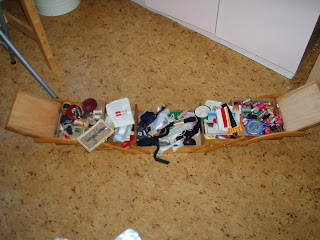 a wooden sewing box with all its sewing junk inside for 10€. I have thrown away all the threads, too afraid that there might be insects living in there, and i washed all the elastics and ribbons and the buttons. There was a lot of it there for the price. It is my best braderie bargain. 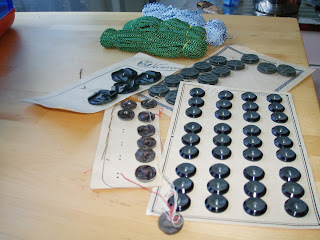 buttons and ribbons for another 10€
and some elastic lace for lingerie. 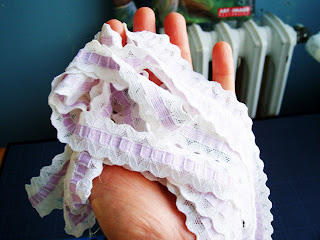 I hope you had a nice week-end.
E.