It is done ! Finally.
And it is for Lady Christiane, aka mum. 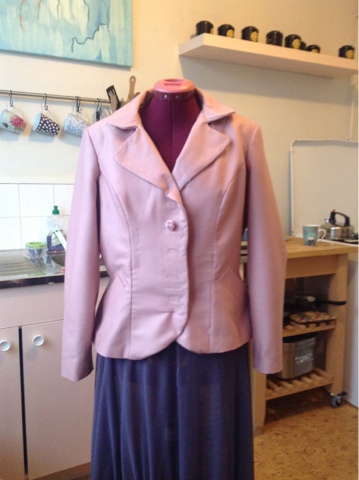 I've followed Gertie's instructions step by step taking notes of everything as I went along so as not to have to rewatch the video next time I want to make a jacket.
It took me ages to complete and almost put me off sewing.

Usually I know roughly how many hours I spent on a project because I'm watching tv series while sewing. I just have to count the number of episodes of whatever fun stuff I watched do the math and I have the amount of time spent sewing a garment.
The time spent sewing this jacket, though, has to be counted in Indian movies. It took me arround 50 hours ! As my only sewing time is on Sundays afternoon, i've been dragging this project for the past 4 months.

But it is done by the book i think, well at least by Gertie's book.
She is a pleasant enough teacher to follow and taught me more than a few useful technical stuff.
The jacket has been fully hand tailored : 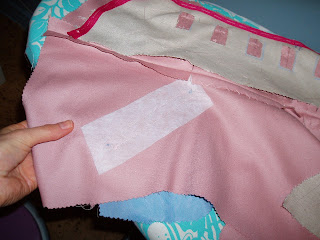 it has the bound button holes : 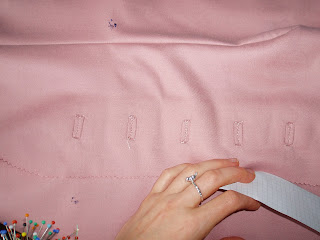 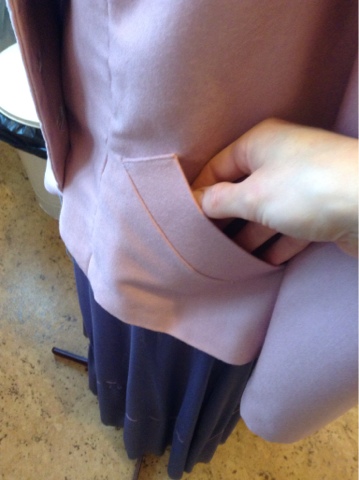 The lining wasn't as bad as in my first starlet suit jacket, but it is far from perfect. It actually was too short and I tried to add a strip at the bottom as cleanly as possible. Here's the result. 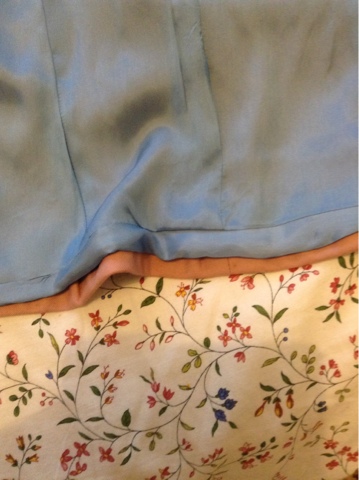 The same problem happened with the sleeves lining. Here's another awkward fix : 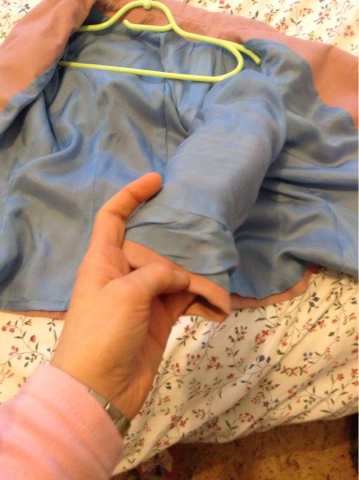 My form is modeling it for now, and the jacket is too big for it, but I'm hopeful That Lady Christiane will be game and pose for some glamorous pictures next time I see her. (Don't know when that will be since we're living roughly 100 miles apart and meet only once a month or every other month.)

Here it is again. I didn't sew the buttons on, I will do it after mum tries the jacket on, but I pinned one of the buttons to give an idea of what it will look like once they are sewn on.
There is still some basting that I'm keeping on the lapel so that everything will stay nicely in place in my suit case when I travel home. 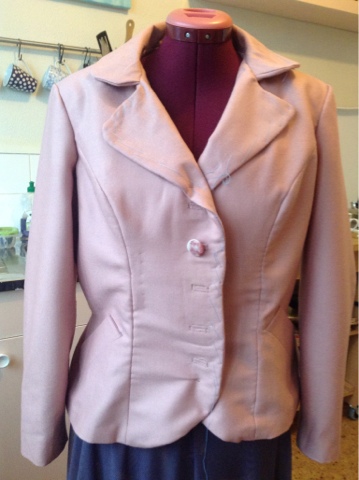 This humongous and exhausting project done and away with, I have now to try and find something a bit more fun to sew so that I can find my sewing mojo back.
Fun ideas anyone?

Have a good Sunday.
E.